In my last post on parameter sweeps, I mentioned that I found a nice way to combine AllenNLP and comet.ml. In this post, I'll share my code that does this via the (experimental) callback trainer. The 1.0 release of AllenNLP is currently actively in development and the callback trainer itself has been changing quite a bit (Issues 3269, 3519, and 3913). Given that, everything in this post uses version 0.9.0 of AllenNLP.

The concept of the callback trainer is based on event based programming, and---at least as far as I know---popularized by keras. I liked the concept enough that when I switched to PyTorch I wrote my own version. The idea is that during model training, there are a number of important events which multiple pieces of code may be interested. Some of these are:

In my training code, configuring the AllenNLP is as little code as changing the trainer key in the json/jsonnet model configuration:

This configuration makes it so that:

Although (as far as I know), there isn't much official documentation, I found it quite helpful to look at the unit test file for help

In my code, I also added this callback { type: 'log_to_comet', project_name: 'qb-bert' } which when combined with my custom callback below yields a very useful way to look at experiment results. 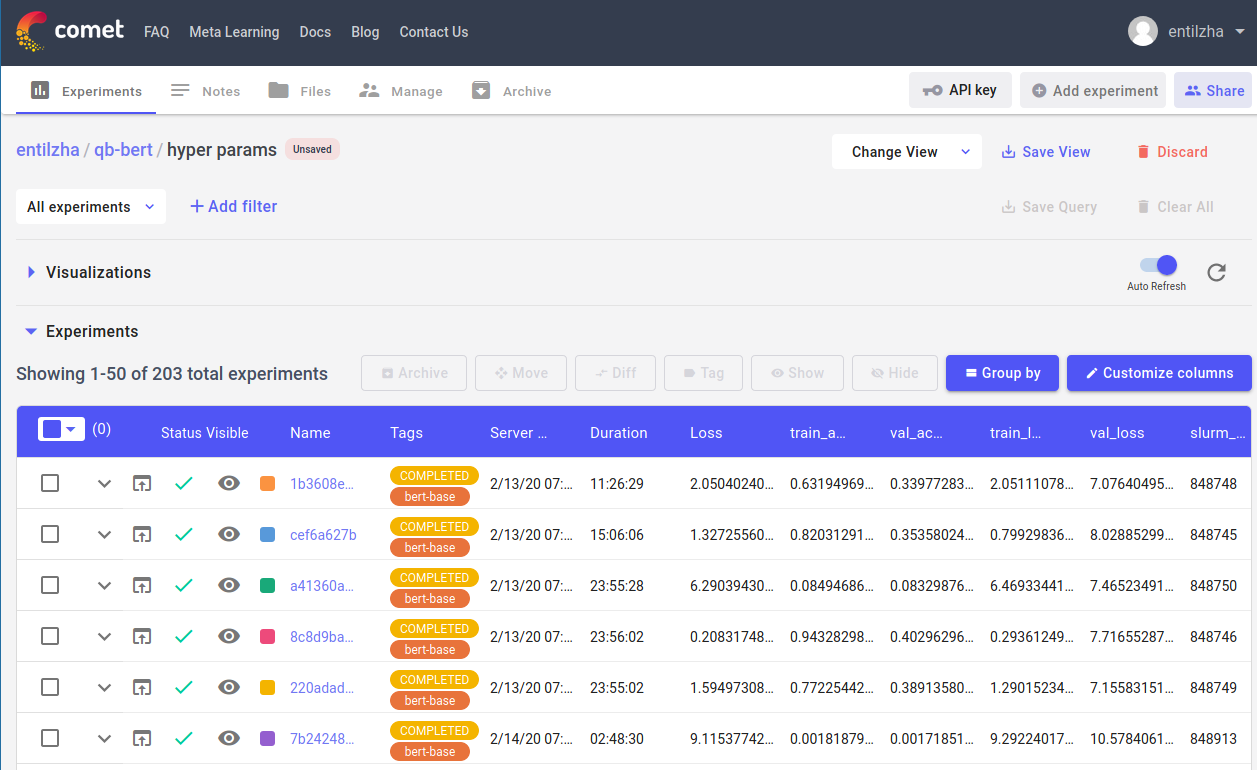 I make a few assumptions: * You've followed the comet.ml docs to install their package and created an account * The callback configuration provides a comet.ml project name * If there is a model configuration file, its referenced by the environment variable MODEL_CONFIG_FILE * Similarly, if there is a log file, its referenced by SLURM_LOG_FILE * The configuration file is in toml, but this could be easily changed. * The model parameters are stored in a key params * For AllenNLP to find this, the class needs to be imported using --include-package in the cli or as a regular python import in your code.

The callback trainer will invariably change with AllenNLP 1.0 (excited!) and am hopeful that adapting this code will be straightforward. Thanks and with the EMNLP deadline coming up (but extended to June 1st) perhaps this will help preserve sanity while running parameter sweeps and comparing results.

Disclaimer: I am using the academic plan on comet.ml, but otherwise have no affiliation or sponsorship.